The Story of K9 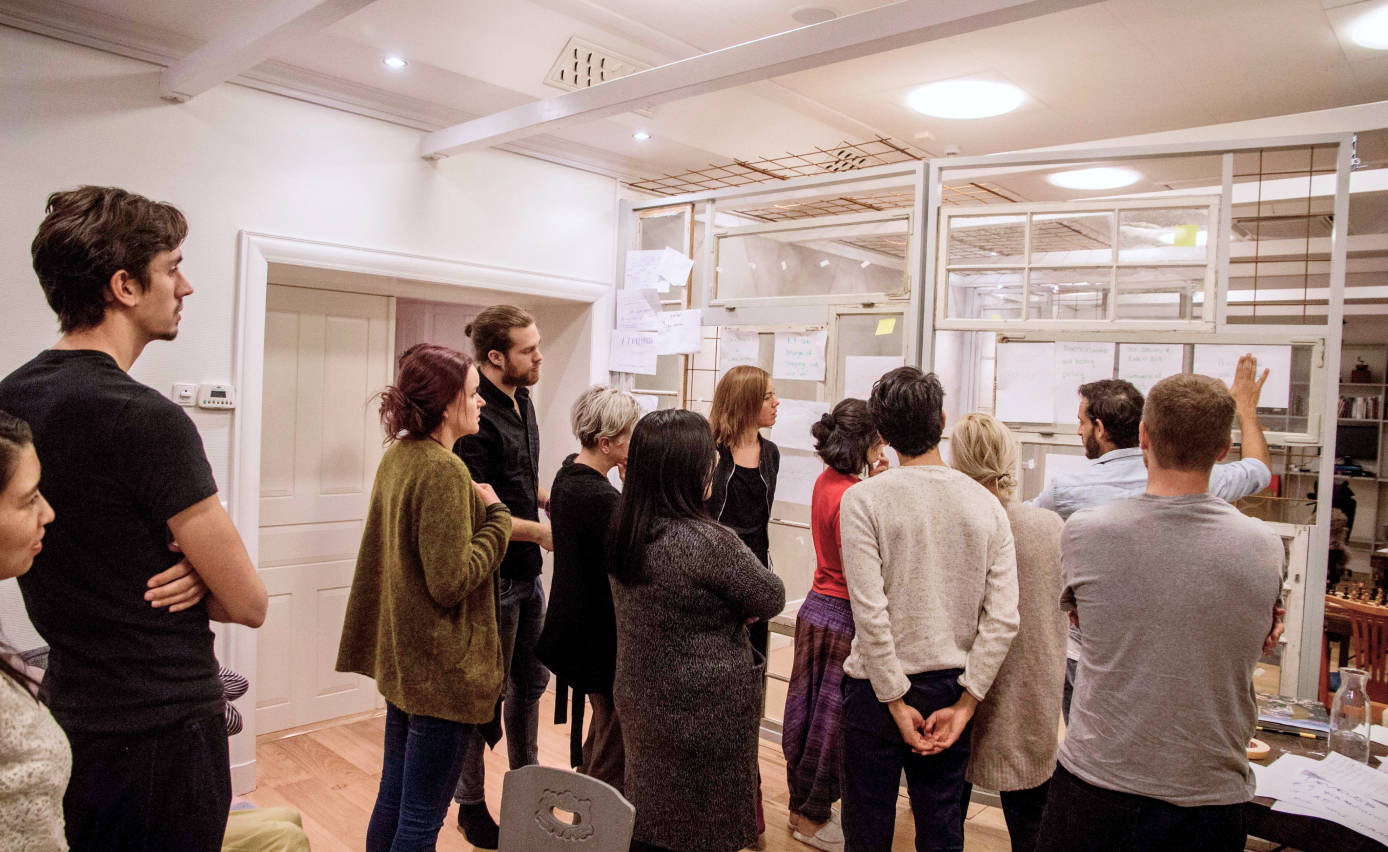 Workshop with some of the first residents at K9.

Back in 2011, in one of the narrow streets of Gamla stan, Stockholm’s old town, opened the first modern¹ coliving space in Sweden (and most probably, Scandinavia) Hus24. It was (and still is to this day) a 5 storey home for 12 people sharing a living room, kitchen and so so much more.

Hus24, our sister location, was born out of the vision of Lisa Renander, a Swedish entrepreneur who had experienced the power of living in community first hand during her studies in California. 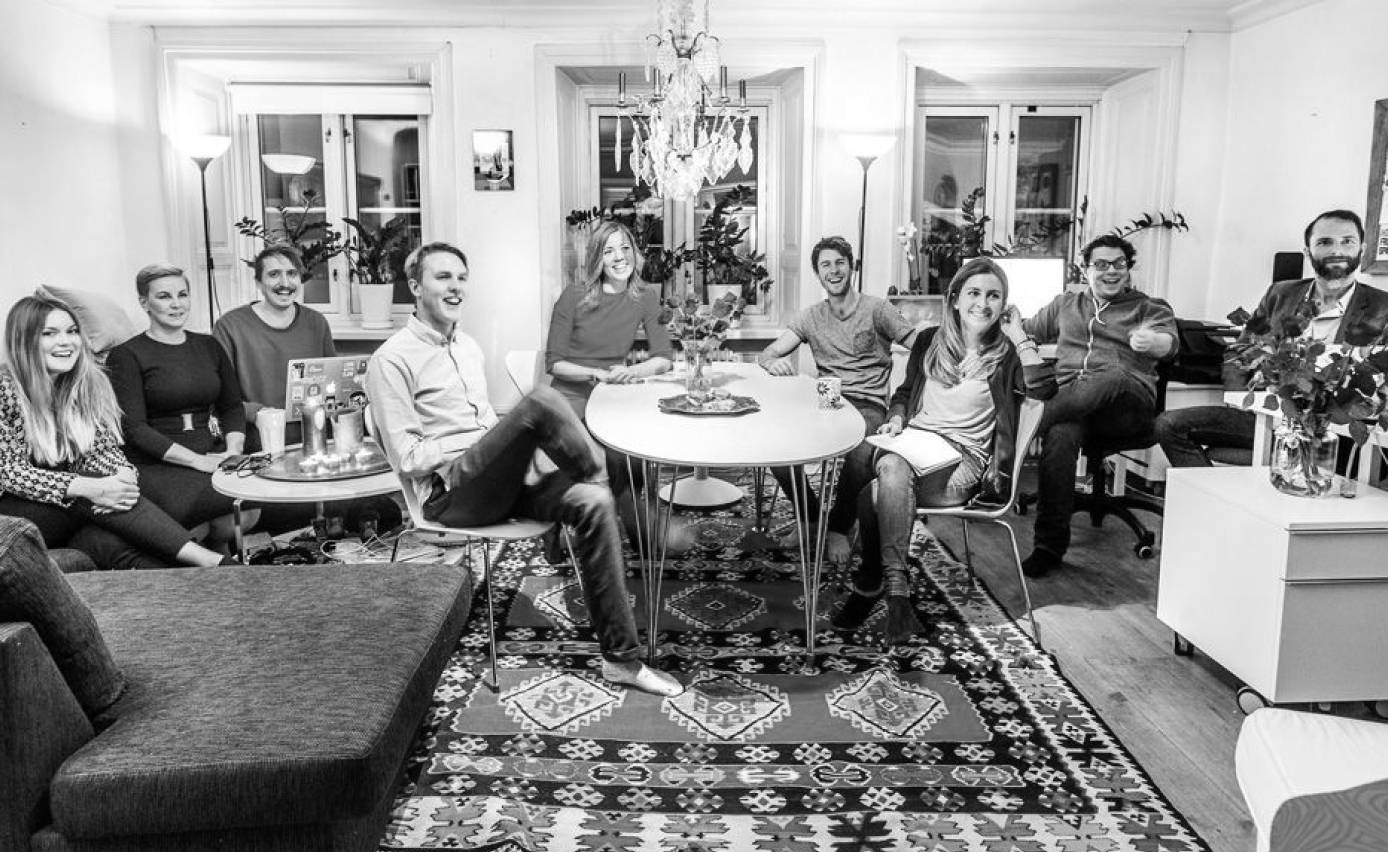 Seeing the success of Hus24 both in terms of applications to move in and personal growth inside the community, Lisa decided it was time to grow the company as well. That is how Tech Farm² was born back in 2015. A purpose-driven real estate venture that launches and manages conscious coliving and coworking properties for global citizens. To create spaces that would bring people closer together, on the premise that reducing private spaces and increasing shared spaces could increase well being³.

The idea behind the name Tech Farm was to combine the creativity born from the effervescence of the urban lifestyle and the wellbeing one can find in the countryside. The same year, Tech Farm found its second location. 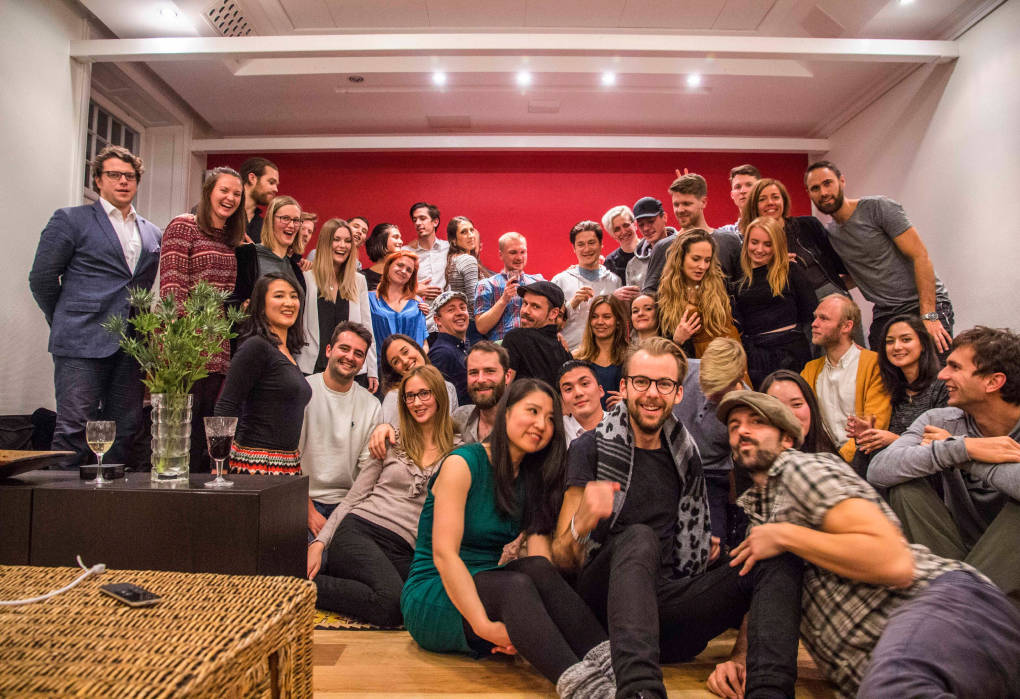 One of the first group photos in K9, with many more to come.

K9, as the residents affectionately call their Home is a former hotel turned coliving space that opened its doors to the very first K9ers in November 2016. They were mostly in their late 20s early 30s, a lot of them running businesses and very interested in the idea of living differently: more consciously and closer together. Some of the people who moved in back in November 2016 are still here today to tell the story of how it all started!

As explained in How it works, every member has a role to play as part of the intentional community we are building together. Everyone is invited to contribute, celebrate and lead. 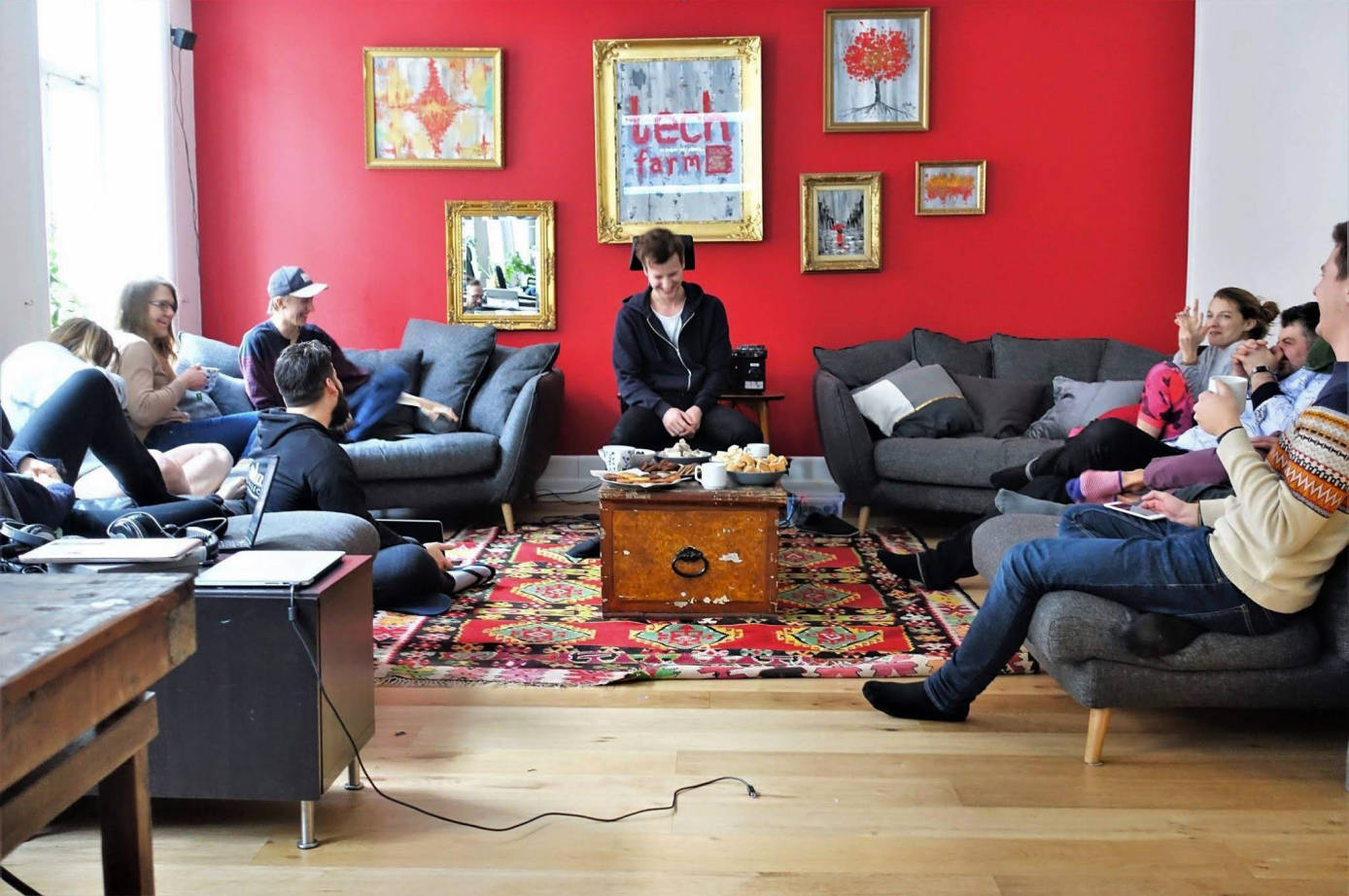 The premiere of K9 Talks, where anyone is invited to talk about anything. 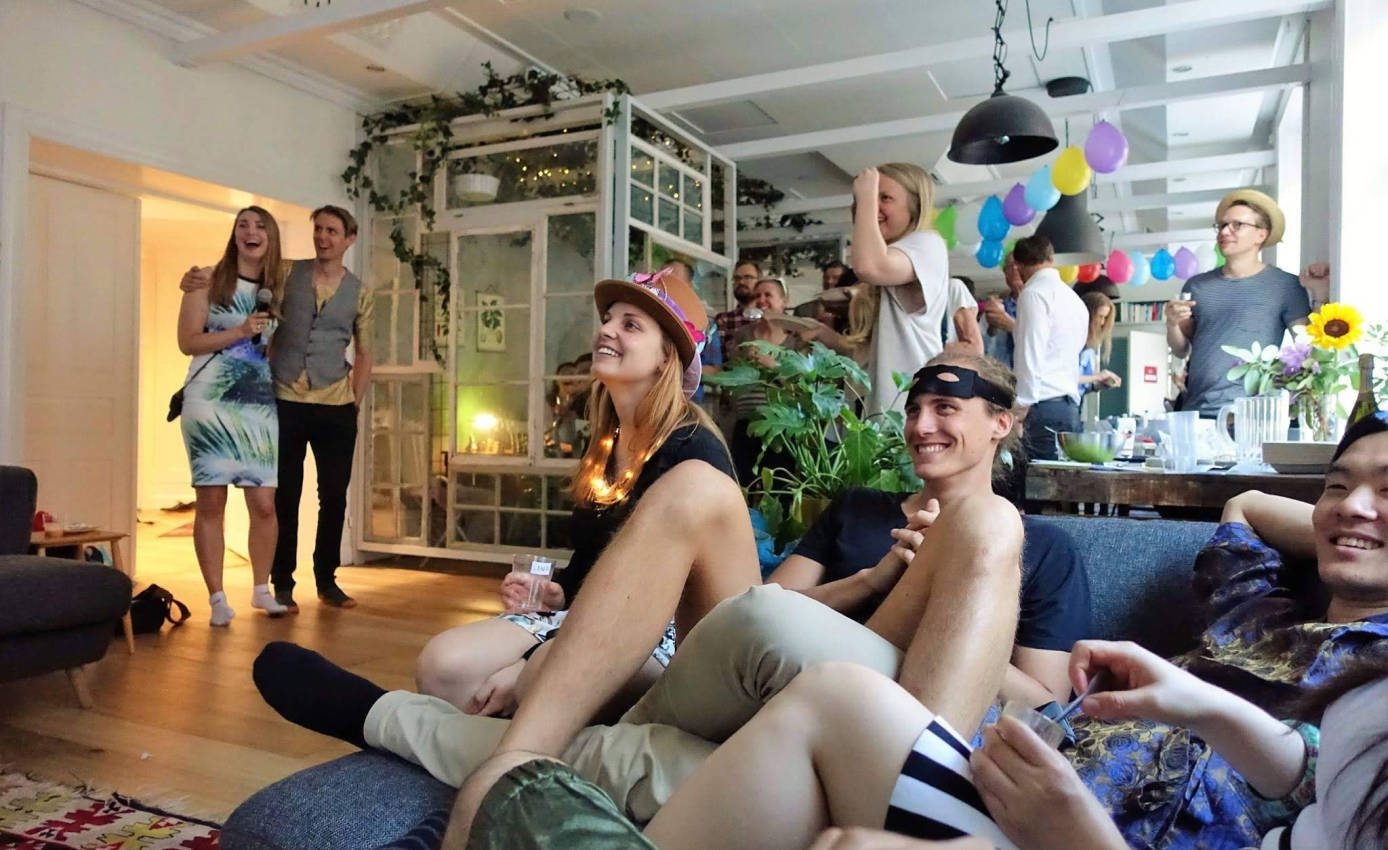 Many of the house values, the personal & professional activities as well as events organized by the residents in and outside the house, are driven by a common interest in topics such as personal growth and development, social impact and co-creation. Some of us are involved in initiatives such as the Inner Development Goals, the Ekskaretfoundation, or Selfleaders.com - that both influence the K9 community and are influenced by it. By engaging in such projects, we want to look beyond the walls of the coliving space and into a more collaborative Society in the (near) future.

The future of K9 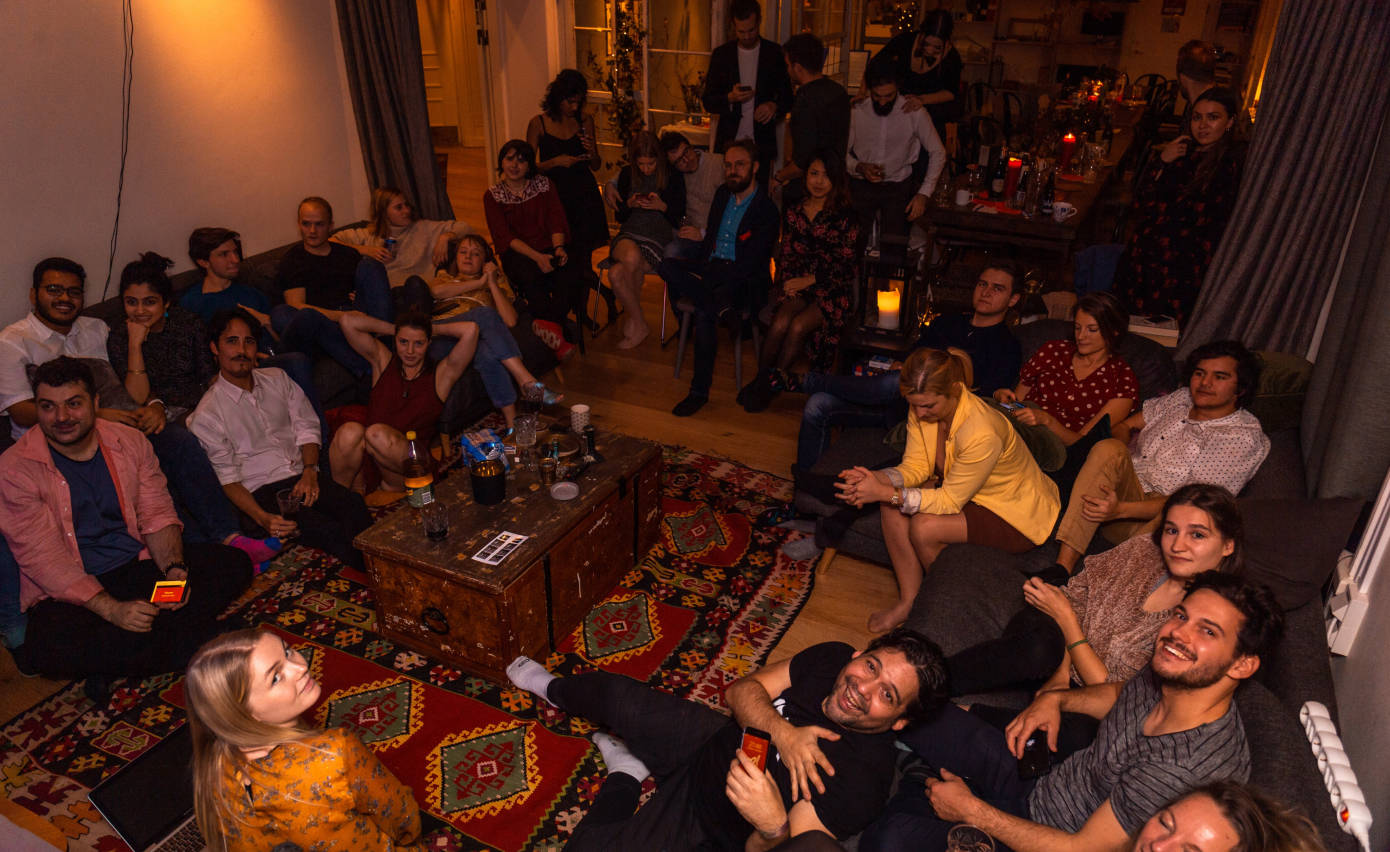 Since we opened we have received more than 2500 applications to move in. That means there are hundreds of people out there seeking a similar type of lifestyle we have created at K9. We only have 50 spots in this space but we like to think that the spirit of K9 goes beyond Kommendörsgatan 9.

There is a lot of talent, passion and energy in and outside the house. Residents have created connections, relations and businesses together. Friends of K9ers have joined on initiatives taking the community outside of Stockholm several times a year. 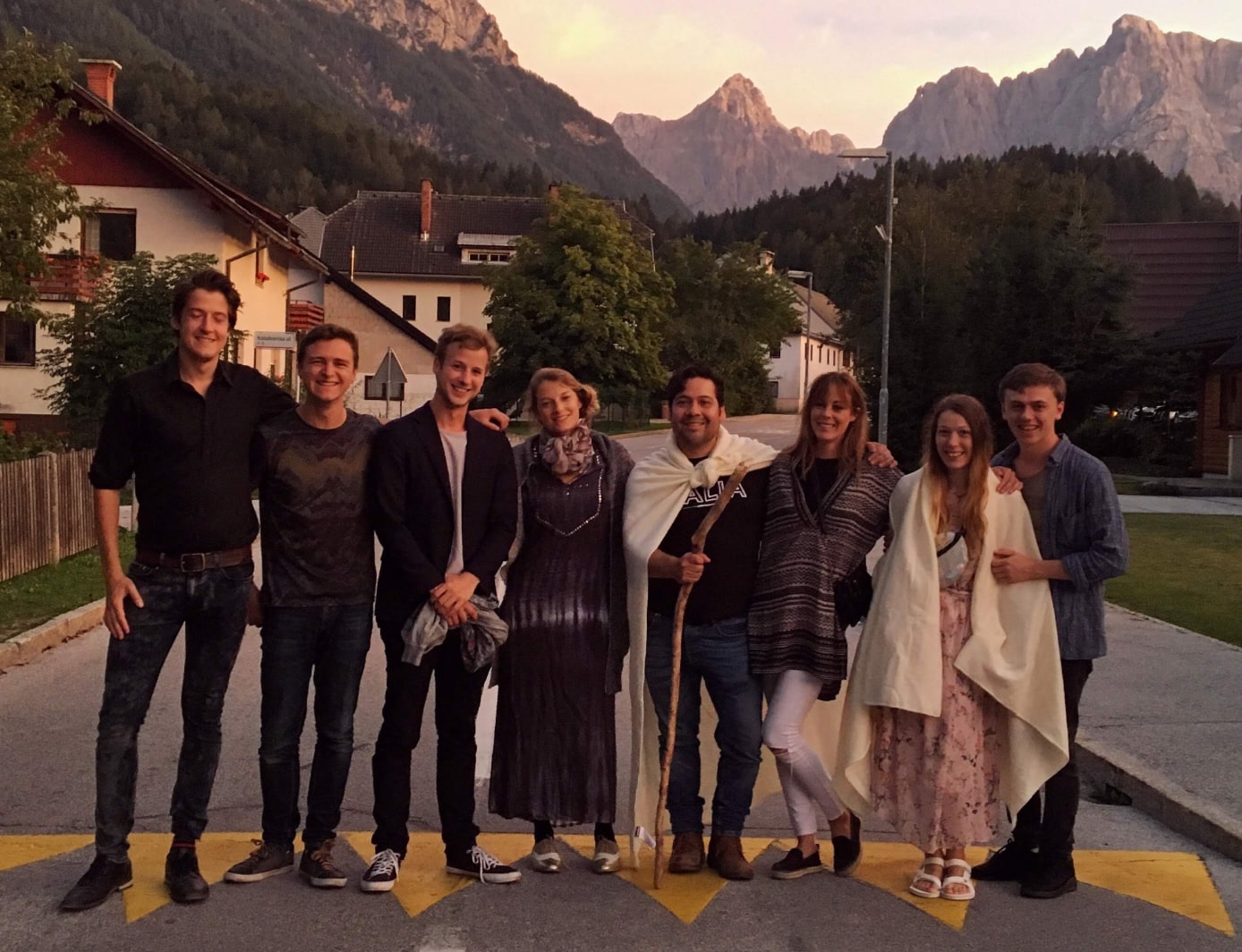 One of many off-grid adventures outside of K9.

There is a life out of the walls and after K9, which we are eager to co-create together. Many of us are looking at similar, bigger, or more rural projects, others are going abroad joining forces with existing eco villages…

The house ignites a flame, and it’s up to us, together, to keep it alive! 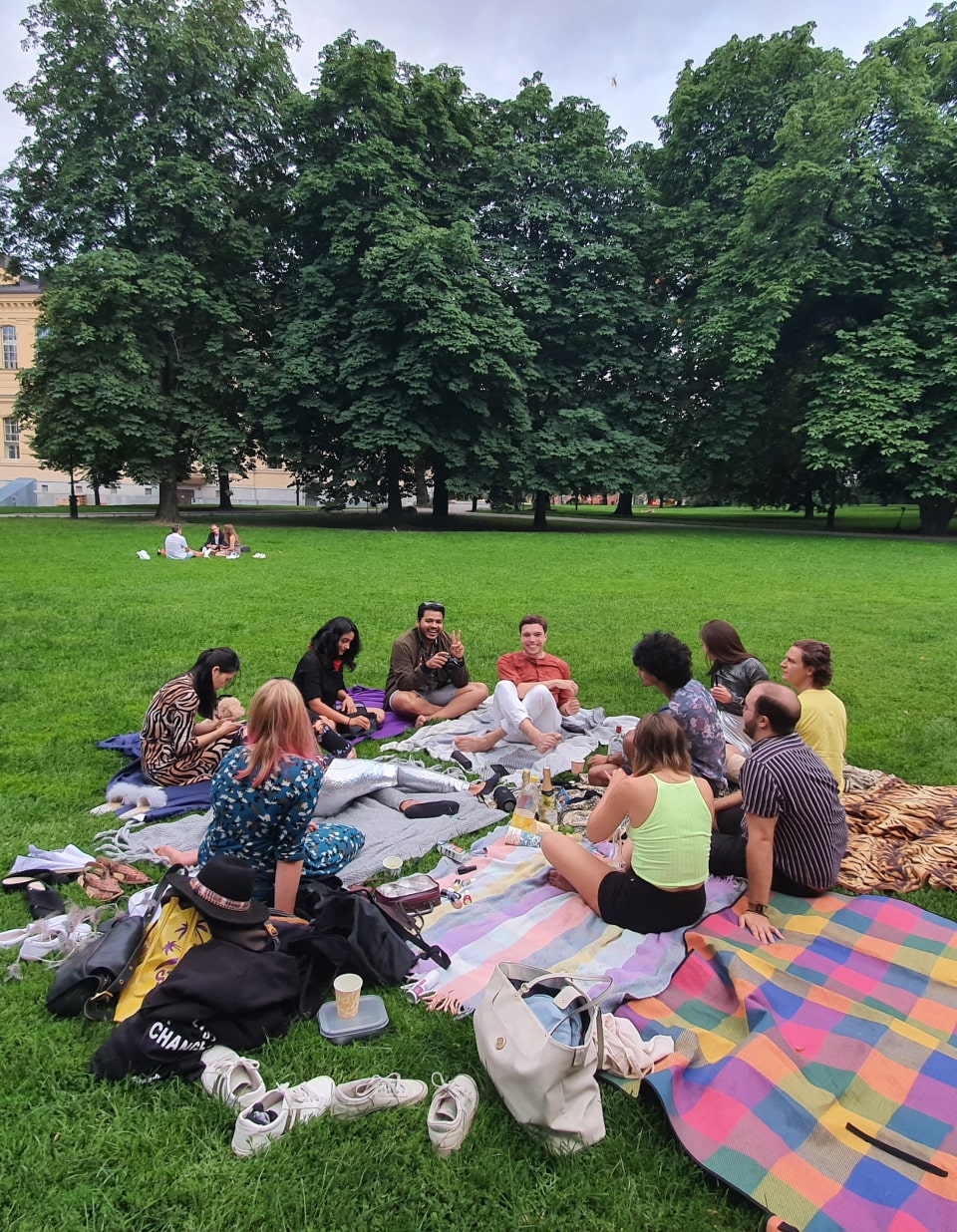 What is coliving for us?

How we live together 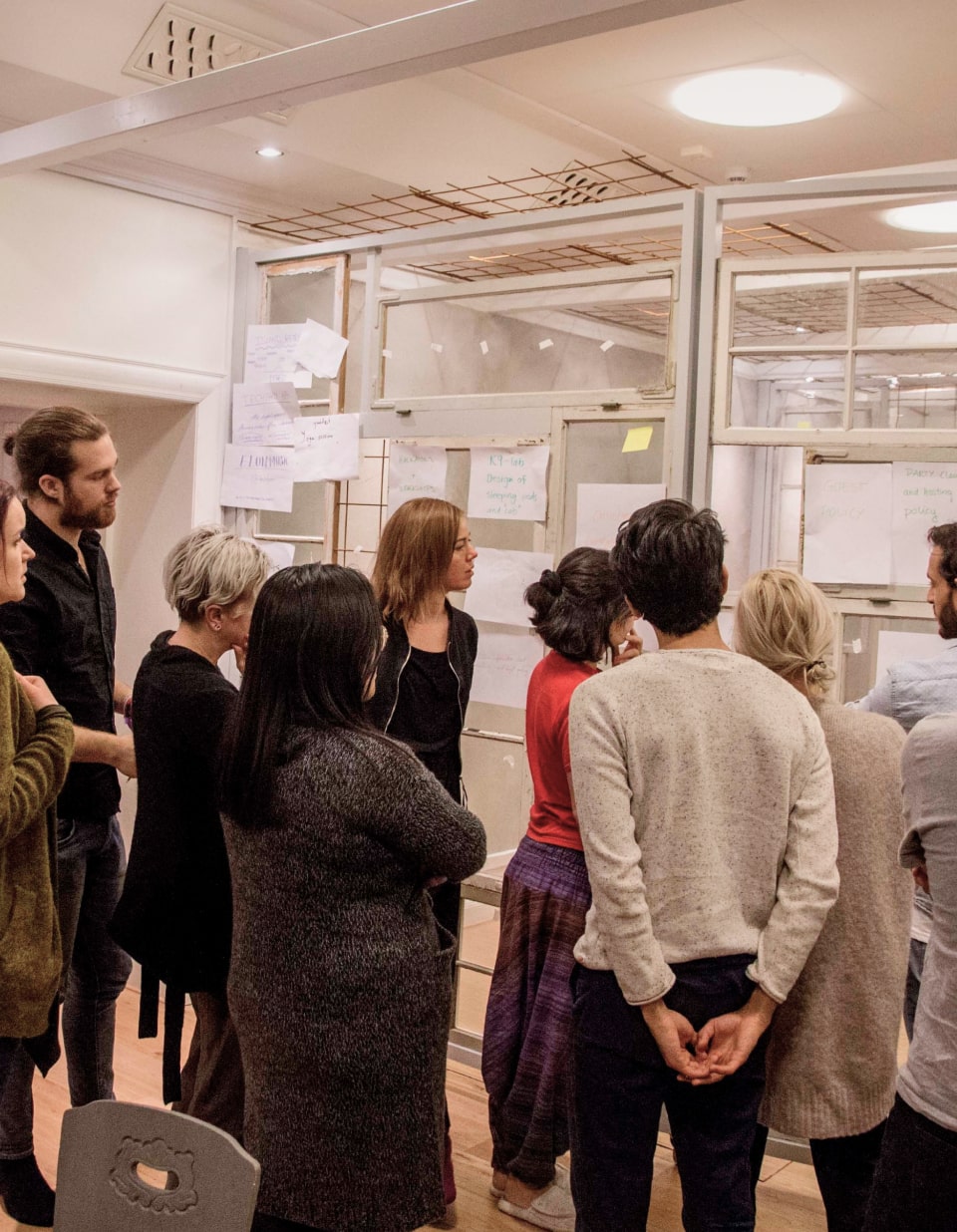 How it all started

Ready to move in?